Global Digital Solutions is a publicly-traded company and trades under the ticker symbol GDSI. 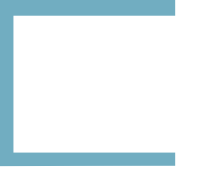 Filing will bring the specific performance portion of damages to approximately $195,000,000. GDSI now owner of record of Rontan Metalurgica, including the plant, equipment and associated acreage.

Full Text of the Press Release

Rontan/Bolzan Appeal: Rontan Metallurgica (RM) and the Bolzan's have filed an appellate brief on October 15, 2021. The Company, through our counsel at Boies Schiller Flexner (BSF), has filed the Company's response on approximately January 30, 2022. RM and the Bolzan's have filed their final appellate response on or about March 25, 2022. It is now up to the schedule of the appellate court to rule on the filings. The company is hopeful that a decision can be reached by mid-summer. The Company and its counsel have studied the appellate filings and remain very confident that the Federal District court that issued the judgement was correct in its findings and application of the rules of law were accurately applied. The judgement award with accrued interest now stands at approximately $200M.

Collection Efforts: The Company has engaged several consultants in its efforts to collect on the judgement. These consultants are experts in International and Brazilian law and have collected hundreds of millions of dollars in judgements and forfeitures for their previous clients. The asset identification process has been underway for several months. Potential assets identified exceed the judgement amount of $200M. Although the legal process is moving forward on the appellate courts schedule, the collection efforts have continued in earnest. All of the final collection paperwork required should also be complete by midsummer.

Uses of Judgment Proceeds: The Company fully intends to begin acquisitions in the EV marketplace, including software development, manufacturing, and EV servicing options. The intent is to purchase cash flow positive assets or EV products with short timetables to being cash flow positive. The Company feels that with this capital and access to capital markets that we can become a strong source for EV technology.